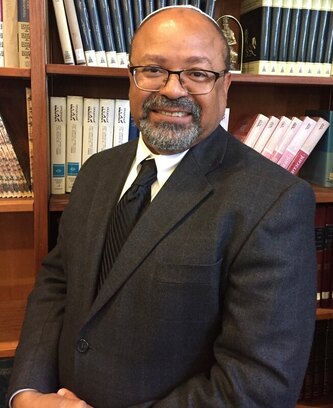 Reflective Statement:
As a Black scholar, academia tries to reduce me and others so designated to tokens or an informants who work against the liberation of oppressed people. Furthermore, academia pressures us to research and write about oppressors and their systems of oppression on their terms. We are only acknowledge or given the ‘honor’ of a place in academia’s ‘prestigious’ institutions and publication if we tow the discursive line of oppressors. During my undergraduate and graduate sojourn I grasp this deadly game early on so I chose to opt out the careerist track of abstract and depoliticized (not really the case since careerism benefit oppressors) sociology. The most important work I perform as a scholar/teacher/social change agent is using my skills and political commitments to intervene in the civic discourse of the state, nation, and world. To this end, I write editorials/commentaries to disclose the operation of legitimizing discourses for inequality and oppression in society so the public has an accurate understanding of these processes to counteract their destructive dialogue and its material expressions. Through this work, I demonstrate my commitment to creating a people-centered society or what Martin Luther King, Jr termed the “beloved community.”

NOTes & statements from the President*

Subject: Statement of Solidarity with Palestinians
Over the past two weeks, Palestinians in the Occupied Territories of Gaza, the West Bank, Israel and in the Diaspora have risen up demanding an end to the 73 years’ long white racist settler colonial violence imposed by the Israeli state. The recent ceasefire has not ended the occupation, ethnic cleansing, the siege on Gaza, collective punishment and unlawful imprisonment, settlement building, home invasion in Sheikh Jarrah, Silwan and other communities in East Jerusalem, violent pogroms against Palestinians in Haifa, Lyd, Um al Fahem, burning of fields and olive trees in Burin, Nablus, and the South Hebron Hills, or torn down the apartheid wall. These daily violences continue unabated, and aided and abetted by the Israeli legal system, universities, military and police forces, and funded through US taxpayer money. We are complicit if we facilitate the erasure of Palestinian voices, struggles, and lives through silence on this matter or when our academic colleagues are attacked for their contributions to empirical work on Palestine or as Palestinians.

Recognizing that settler colonialism and racial capitalism work in concert to eliminate natives and extract resources through carceral logics and structures that deny the humanity of indigenous peoples, the Association for Humanist Sociology (AHS), as we did in 2014 when we passed our resolution supporting the Palestinian call for Boycott, Divestment, and Sanctions, stand in steadfast solidarity with the people of Palestine wherever they are as they seek freedom, self-determination, and justice. I call on AHS members to support Palestine liberation and solidarity struggles in their classrooms, colleges and universities, and in the streets alongside our Palestinian colleagues and demand that the $3.8 billion in U.S. aid to Israel be redirected to rebuild infrastructure that the Israeli bombing and violence destroyed in Gaza, West Bank, East Jerusalem and apply pressure to end the siege of Gaza. We at AHS look forward to the day when “Free Palestine” is not a wish but a statement of fact.

A white supremacist system and its adherents will jump at any chance to rule out systemic white racism as the problem. Anti-Asian racism is not an isolated occurrence but an outcome of a broader system of white supremacy that benefits from divisions between racialized Othered people. White racism, hetero-patriarchy, capitalism, and chauvinism (xenophobia) all intersect and are mutually constituting and reproducing. This is more evident than ever given the latest iteration of anti-Indigenous, anti-Asian, anti-Black, and anti-Latinx violence in the United States.
A year of escalating racist attacks against Asian American and Pacific Islanders (AAPI) took a deadly turn in Georgia on March 16. This increase in anti-Asian violence is directly correlated with media coverage of the virus outbreak, which former President Trump often referred to as the “Chinese virus” and “Kung flu.” By framing this tragedy as “sex addiction, the media obscures the operation of gendered racism. The discourse spew by Trump created a social environment where unwarranted xenophobia, stigma, and discrimination are expressed openly against AAPI communities. Trump’s harmful rhetoric also made its way into classrooms where violence continues its steep incline. The Pew Research Center reports that 58% of Asian Americans feel they experience racial violence more now than before the pandemic, and more than 30% have reported experiencing slurs or jokes because of their ‘race’ or ethnicity.
​
While there has been a significant increase in overt anti-Asian hate incidents, it is also important to illuminate and spotlight the long-held ‘white’ tactic of using Asian Americans as scapegoats for diseases, which dates to the 19th and 20th centuries. It is critical that we understand this history of anti-Asian racism existed long before the violent attacks across the U.S. We cannot talk about anti-Asian racism and xenophobia as if it is new and isolated because it is not. This history is under-acknowledged, and yet it is at the root of where we find ourselves today. When we erase history while it is resurfacing, we silence and render invisible multiple groups of people who have faced (and continue to face) being Othered.

For every moment of white racial terror and racism in the U.S., there has been resistance. In moving toward solidarity, we need not look far to find examples throughout the history of cross-racial movements that have included AAPIs. We can find it in the shared struggles of laborers, farmworkers, and civil rights movements past and present. This solidarity was exemplified in the establishment of the Immigration and Naturalization Act of 1965 – an effort led by the Black Power Movement – which abolished the federal national-origins quota system placed on immigrants from Latin America, Asia, and Africa and changed migration patterns and composition of the U.S. population. We also see this solidarity in the continued actions of Asians for Black Lives of today.

It is easy to write a statement of solidarity. However, what is not easy is engaging in the daily internal interrogation required of us to remain dedicated to the collaborative work of building together. We must stand firm with our radical humanism, so we remain grounded in our praxis and the wisdom emerging from it so that we can truly be free. We must always commit ourselves to radical postures and positionalities yet remain humble and vulnerable to the fact that we do not have all the answers, and that we may stumble during the process of liberating humanity. For true solidarity in struggle requires that we reckon with the historical messiness, challenges, ruptures, discomfort, and pains of the past and present to move forward. In collaboration with the racially oppressed we fight to dismantle the interlocking oppressive systems of colonialism, patriarchy, white supremacy, and capitalism. For all human quests for freedom are linked – we cannot achieve liberation for ourselves without freeing everyone.

​Dear Colleagues and Comrades:
The actions of the White supremacist Trump-supporting insurrectionists’ assault on the United States Capitol on January 6th appalled many but should not have been a surprise given the administration’s actions over the last four years. Nor is it surprising given that such white nationalist armed insurrections are not the exception but the rule throughout U.S. history. However one characterizes the events of January 6th or the several weeks since the election, one thing is certain: millions of people in the nation have lost respect for the U.S. and its institutions. Across the political spectrum people believe the U.S. government does not represent their interests. We at the Association for Humanist Sociology (AHS) must continue to consider how we arrived here and how we can help the country move towards the beloved community.

I take solace in the fact that as AHS members we are committed to promoting the common good using the power of critical thought to transform lives and improve society. The misinformation, conspiracy thinking and White supremacy that fueled the insurrection must be met with truth, critical thinking, and organizing. It is imperative that we continue to collaborate with everyday people to help everyone distinguish truth from falsehood. In doing so, we continue our decades long fight against neoliberal austerity, low wages, de-industrialization, militarism, and privatization of public services like healthcare facilities that created immiseration and negative sentiments that are easily coopted by political demagogues to foment division not community.

Central to this effort to sow division is White racism that was readily apparent doing the assault on the Capitol. Former police and military vets were major participants in the insurrection. Contrary to conventional assertions, the insurrection was not failure of police power but rather expression of desire to reassert control over the immiserated, what some AHS scholars have labeled as whitelash. I join with so many others in calling out the obvious White supremacy and in asking the harder question: how are we going to dismantle this system on which our country was built and in which AHS is immersed in order to work toward creating the commons? At AHS we must be honest and reflexive about our complicity in White supremacy and racial capitalism. We cannot develop mutually accountable forms of community by intellectualizing and trivializing this moment of skewed vulnerability to COVID-19 infection and White terrorism. These dangerous times require sober analysis and clear politics. I encourage you to further energize and expand your scholarly and activist labors during this intensified moment of white terror. Education as a common good, accessible to all, and is one of the tools this nation needs to fight the rise of propaganda and conspiracy theories, and to address systemic oppressions.