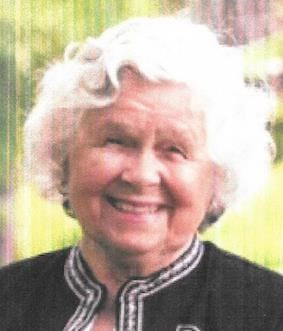 HELEN MARTIN RAISZ passed away peacefully at home on July 16, 2016. She was 89. Helen was a passionate advocate for peace and justice, in the classroom, in her community, and in the world. As a feminist sociologist with a sharp intellect, she shared her love of humanity with a deep commitment to her family. Born on November 27, 1926 in New London, Connecticut, Helen was the daughter of Chester and Lucile Martin of Old Lyme, CT, which she called home for decades. After graduating from Northfield Mount Herman School, she received her BA from Radcliffe College and then went on to complete her Masters degree in Sociology at the University of Buffalo. In pursuit of her PhD in Sociology, she worked on a dissertation about the World Trade Organization, demonstrating a passion and commitment to global issues that she sustained throughout her career. As a professor, Helen had a powerful impact on her colleagues and on a cadre of students in the Greater Hartford area. She published a number of articles in professional journals, and reviewed books for Educational Gerontology on issues related to aging and social policy. Sociologist Chandra Waring was an undergraduate student of Helen's at the University of Connecticut in a course on women and poverty. "As a woman of color who grew up in a low-income household and community, I deeply appreciated (Professor Raisz's) commitment to explaining the overlapping forms of oppression of race, class and gender in her course. She also watched me go through my PhD program at University of Connecticut. She sought me out at conferences with a cheerful smile and a hug just to say hi and to say that she was proud of me." Steve Valocchi of Trinity College remembers "Helen's warmth, boundless energy, and keen intellect¿ and her firm, deep progressive politics." Her commitment to social justice took many forms, including "in the classroom, in the streets and in her everyday relationships with colleagues." As a community activist, Helen was part of a number of progressive organizations, including the Greater Hartford Coalition on Cuba, the Connecticut Coalition for Peace and Justice, and Pastors for Peace. "She was a wonderful ally within the peace and justice movement," says Luis Cotto, activist and former Hartford City Councilor. From 1983-1987, Helen served as President of the Connecticut Society of Gerontology. She was a charter member, President and Vice-President of the Connecticut Coalition on Aging and an active member of the Northeastern Gerontological Society. Mary Alice Wolf, Ed.D., Professor Emerita of University of Saint Joseph said, "Working side-by-side with Helen for 25 years has been a great privilege. Always brilliant, caring, and inventive, she made major contributions to the Institute in Gerontology at the University of Saint Joseph. She stood by many a student through difficult transitions and transformations and will not be forgotten." For her commitment to serving seniors in the Connecticut area, Helen was honored with the Andrus Award, AARP's highest volunteer award. Other awards include the 2011 Essential Piece award from Connecticut Community Care, Inc., 1996 Connecticut Coalition on Aging Leadership award, 2011 University of Hartford Gordon Clark Ramsey Award for Creative Excellence, and the Sister Mary Elizabeth Deliee Award by the Institute in Gerontology, St Joseph College. Helen was an advocate for the arts. As a young woman, she was an active soprano soloist with chamber music and choral groups in Cambridge, MA, Syracuse and Rochester, NY. She was also a stalwart board member of a progressive theater group, the HartBeat Ensemble. And above all, Helen loved to travel. Reverend Susan Lee also commented on Helen's remarkable spirit of adventure and continued engagement despite her failing health. "Helen was fearless in traveling to far-flung places. In her last message to me at the end of June, she said she was hoping to do some traveling this summer and talked about visiting Sierra Leone! Despite her advanced age, she was still teaching until last year, passionate about passing along to students an understanding of sociology and justice issues." Last February, Helen traveled to Memphis for the Sociologists for Women in Society annual meeting, where adoring colleagues and former students lined up to meet with her over coffee between sessions. Helen was married to her husband, Lawrence, for 62 years. He passed away in 2010. She leaves behind five loving children and their partners to whom she passed on a spirit of adventure and love of life: Stephen (Pancharatna) Raisz and his wife, Louise (Atitaguna) Raisz (Farmington, CT and Mayapur, India); Matthew Raisz and his wife, Rosemary Raisz (Weymouth, MA); Jonathan Raisz and his wife, Mali Raisz (Boston, MA); Katherine Raisz and her partner, Stephanie Stewart (Boston, MA); and Nicholas Raisz (Farmington, CT). Helen also leaves behind six grandchildren whom she loved dearly: Puri (Alachua, FL), Gourangi (Old Lyme, CT), Nila (Mayapur, India), Sita (Bristol, CT), Eva (Seoul, Korea), and Abby (St. Paul, MN), as well as 5 great-grandchildren. They all - along with a large community of people who respected and loved her - will miss her dearly. A memorial service was held on August 20, 2016 at 2pm at the University of Saint Joseph, Crystal Room, Mercy Hall, 1678 Asylum Avenue, West Hartford, Connecticut. In lieu of flowers, please donate to the non-profit organization of your choice.                                                                                                                                                                                                                   ~Published in Hartford Courant on Jul. 24, 2016. 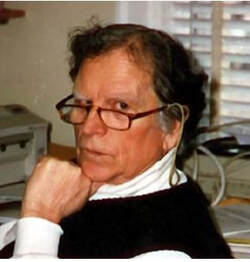 T.R. Young (-2004)
Longtime friend, member of the Marxist section, and editor of From the Left, TR       Young, died on February 15, 2004 in Rochester Minnesota, after suffering a long       illness. Young was born in Flint, Michigan, married Dorothy Jean Grace, a                 childhood friend and has five children from that marriage. Dorothy died in                  accident in 1981. Young received an MA from the University of Michigan and his        PhD from the University of Colorado at Boulder. Young taught social theory,              social problems and social psychology at several colleges and universities around the country including Iowa Wesleyan, Rocky Mountain College in Montana, Southwest Missouri State, Colorado State University, the University of Colorado at Boulder and the University of Michigan at Flint. He held the post of Distinguished Visiting Professor at Texas Women's University in 1991. In 1992-93, he served as Distinguished Visiting Professor at Virginia Tech. T. R. Young was founder and director of the Red Feather Institute for Advanced Studies in Sociology [1971] and editor of the Transforming Sociology Series. The Red Feather Institute was born out of the radical politics of the 1960's. T. R. Young became its first and only Director as well as the President of the corporation which holds title to its publications. The first headquarters and first conference of the Institute were at a lakeside cottage in a small resort village, Red Feather Village, 40 miles northwest of Ft. Collins. T.R. Young and others later built a Lodge and living facilities in the Rocky Mountains between 1973 and 1977. The Institute was moved to Michigan in 1988 after Young left Colorado State University. During the 60s, 70s and 80s, Young was a faculty resource person for student power movements, antiwar activities as well as Civil Rights and the women's movement on campus. Young founded the Martin Luther King Fellowship Fund at Colorado State University the day after King's assassination. Young taught at Makerere University in Uganda in 1971-72 during the difficult days of Idi Amin and was part of an underground network of scholars which smuggled letters and documents to the US media and to members of Congress concerning human rights violations there. Young was appointed an Honorary Research Fellow at Exeter University in 1980 where he visited the major centers of cultural studies there. In 1985, Young participated in the Semester of Sea Program of the University of Pittsburgh, accompanying 350 students around the world to study social problems and stratification of politics, capital and social honor in Pacific Rim countries, Malaysia, India, Turkey, USSR, Yugoslavia and Spain. Young has visited Cuba, Nicaragua and Mexico several times to learn about social problems and social programs there. In 1987, Young was awarded the Distinguished Scholar Award of the Pacific Sociological Society for his work in the political economy and social psychology of sport. Among his many publications are The Drama of Social Life: Essays in Post Modern Social Psychology (Transaction Publishers 1990), The Dictionary of Critical Social Sciences with Bruce, A Arrigo (Westview Press 1999) and New Sources of Self (Pergamon Press 1972).
TR, we will miss you.
For more information on TR Young’s life and work see http://www.tryoung.com  and http://www.rf-institute.com 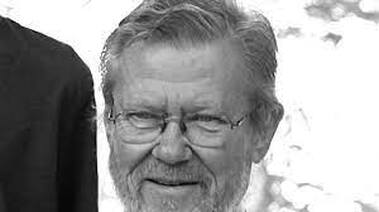 ​
Don Goodman ( 1930- 2014 )
Donald Goodman, a longtime philosophy and sociology professor,                 musician and anti-violence advocate, died July 21 in his St. James home     after a battle with diabetes and pancreatic cancer. He was 81.
Born in Bridgeport, Connecticut, to Lithuanian immigrants, Goodman           began playing piano in local jazz clubs at age 15. He later used performance proceeds to pay for studies at Yale University, where he and friend Denis Mickiewicz formed the Yale Russian Chorus and played Russian folk and religious music, according to the family.
In 1958, a year after graduating with a bachelor of arts degree, Goodman traveled with the chorus to the Soviet Union in a cultural exchange. After a year in Berlin as a Fulbright scholar, Goodman taught philosophy for seven years at Oyster Bay's State University College on Long Island, which would become Stony Brook University.